In modern video streaming systems used in UAV and other applications which often require low latency, it is important to have a reliable way to measure the latency. Usually people use so-called 'stopwatch method' which envolves running one on some screen (e.g. on laptop or phone) with camera pointed on it, then taking a photo of both screens so you can compare both values and calculate the delay. 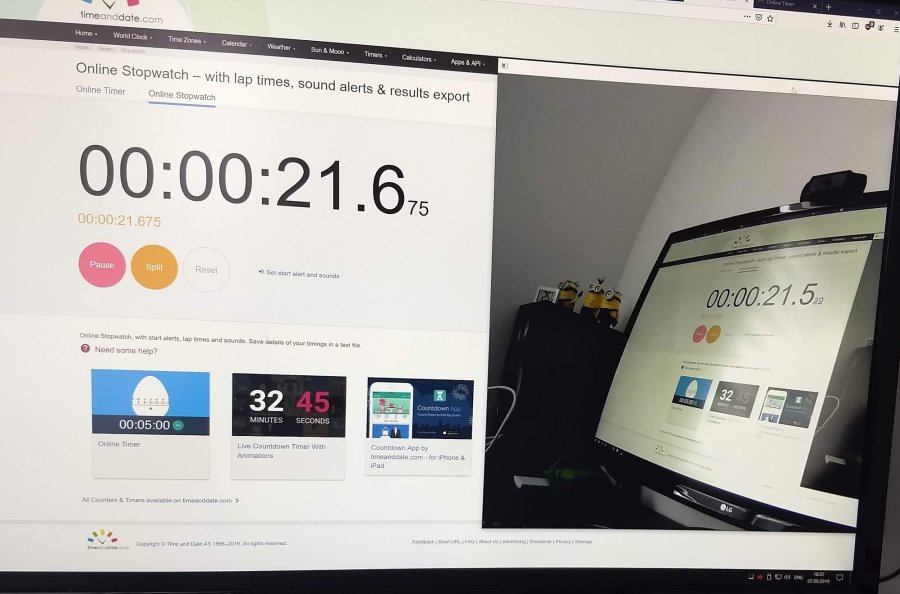 However such way has some disadvantages:

While working on SokilLink we realized that we need some faster and handier way to measure the latency, thus we decided to automate measurements. There were different setups but some of them used specific hardware, others didn't explain how to build them, so let's reinvent the wheel:

The tester turns LED on and off and reads values from sensor, then it compares it's readings in order to determine whether LED on display changed it's state and calculates time difference. Since cameras, displays and lighting conditions may differ between tests, tester has to be properly calibrated before measurements. 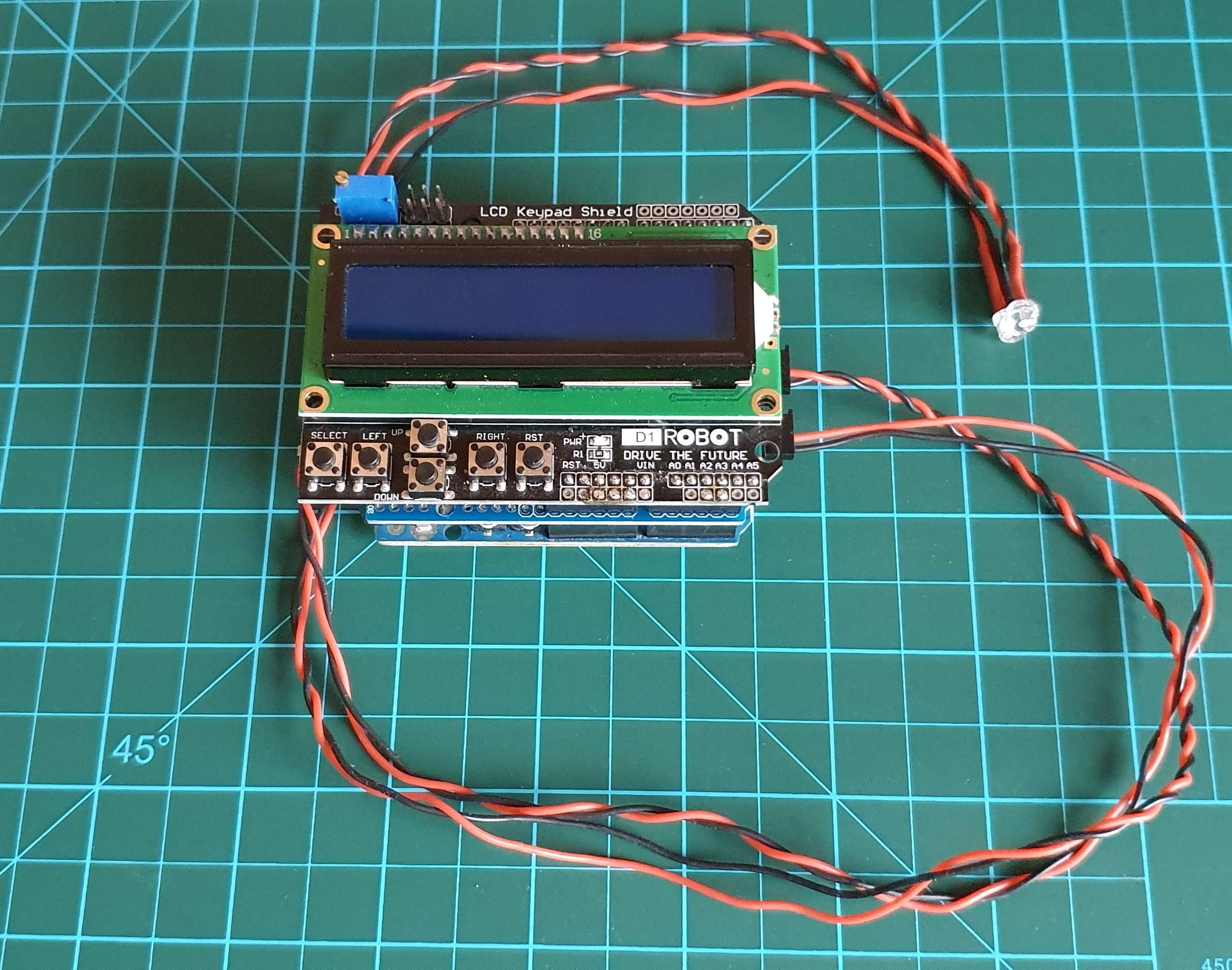 Aside stacking shields on each other, you'll only need to connect:

In case you're experiencing calibration issues because of low photosensor sensivity, try to reverse TEPT5700 polarity

Here is our simple Arduino sketch https://bitbucket.org/sokilaero/latencytest. Simply open it in Arduino IDE, compile and upload to your board. Feel free to send us fixes or improvements!

In this mode tester displays current value read from the sensor (where 0 means no light and 5 - max light). While staying in this mode you can toggle LED state by pressing on "RIGHT" button. You can use it for proper LED and sensor alighnment, while LED is turned on readings should be at least 0.5 bigger than while it's turned off.

You can start/stop calibration by pressing "LEFT" button. Tester will turn the LED on and off and measure sensor readings. You'll see "CAL" message if readings are different enough, otherwise "N/CAL" will be displayed.

This mode measures the latency by turning the LED on and off and measuring time difference between it was actually turned on and picture changed on the display. You can start/stop measurement by pressing "SELECT" button.

After you powered on the tester, you need to ensure it is calibrated (calibrations are not stored between power cycles). Place LED in front of camera. Align the light sensor with part of the screen where you observe LED sensor. Then press "LEFT" button and wait for a second. "CAL" should be written on the screen in case of successful calibration, otherwise you need to repeat calibration in better conditions. Now you can press "SELECT" button which starts calibration. LED will start blinking rapidly. Wait few seconds until you see results on screen.

Ensure that the camera has enough lighting, otherwise latency might increase because of AWB feature.
Ensure that screen has moderate brightness, otherwise light sensor may not distinguish whether LED is turned on or off.